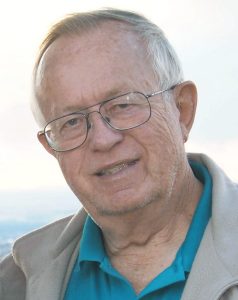 Born July 28, 1938 near Le Mars, Iowa, Colin Gene Molzen died peacefully at home, in Palmer Lake, Colorado, on September 5, 2020 after a courageous battle with cancer. He was surrounded by his loving wife and his children, who spent time recalling fond memories and stories.

Raised in Elk Point, South Dakota, he enlisted in the United States Air Force after high school and a year of college. In Iowa, he met Celia Greenley, which led to a 53-year marriage, six beautiful kids – four adopted, 13 grandchildren, and one great-grandson.

Colin was an incredible provider as he honorably served for 25 years in the United States Air Force, retiring as a Captain, and retired again after 24 years as a civil servant.

Colin was involved in community projects wherever he lived. He never met a stranger as he possessed a God-given ability to instantly make friends and he was a story-teller extraordinaire. He was always available to help others without being asked. Colin will be deeply missed by all who knew him.