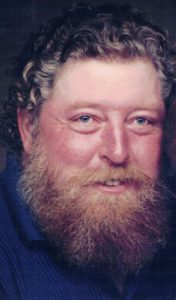 Eddie was born February 20, 1951, in Greenville, the son of the late Claude “Red” Pennell and Marie Ellis Pennell Reid.

He was a US Army veteran, who served in the Vietnam Era, and was a member of Lebanon Baptist Church. When he was young, he worked in the sawmill business as a logger. He also worked as a long haul truck driver and as a crane operator until he got his own crane business.

He loved NASCAR racing, golfing, playing pool, gardening, fishing, muscle cars, and also having a yearly competition with Pastor Eddie Jolly to see which one could grow the first and biggest tomato. He was a person that dearly loved his family.

In lieu of flowers, memorials may be made to: Eddie Pennell Family Fund, 163 Mike Abbey Lane, Taylorsville, NC 28681.