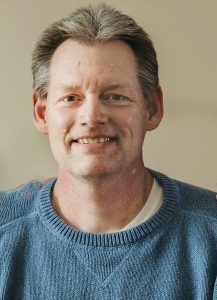 Eric West, of Taylorsville, passed away Thursday, September 10, 2020 at the age of 52. Mr. West is survived by his loving wife of 27 years, Tammy, and only son, Robert (Maura), all of Taylorsville.

No one worked harder than Eric, and he made sure everyone knew it. Eric was an active member of St. Luke’s Lutheran Church in Taylorsville, and served as treasurer for a number of years. He had the most fun shooting targets with his friend, Doug, and was always one to say what was on his mind. He thoroughly enjoyed meals cooked by his wife, Tammy, and loved his cat, Pounce. He would say his greatest accomplishment is his son, Robert.

Eric is additionally survived by his mother, Frances West of Hickory; sister, Laura West of Hickory; brother, Kevin (Tyra) West of Charlotte; mother and father-in-law, Vickie and Bob Jones of Shelby; sisters-in-law, Melanie (Craig) Conforti of Matthews, Kimberly (Michael) Melton of Shelby, and Bobbi (Carey) Wilkinson of Charlotte; many nieces and nephews; and multiple close family and friends. He was predeceased by his father, Henry West.

Eric was a personality, to say the least, and brought joy to countless lives. He will be dearly missed.

The family will have a celebration of life at a later date.

The family wishes to express their sincere gratitude to St. Luke’s Lutheran Church in Taylorsville, including Pastor Andrew Miller and the North Carolina Synod, ELCA for their support.

Adams Funeral Home and Cremation Services is honored to be serving the Eric West Family.