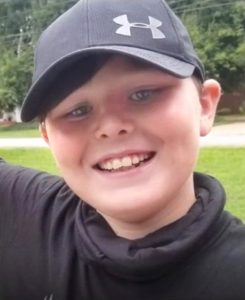 A motorcycle accident has claimed the life of an 11-year-old boy and injured his father, according to a press release from the National Park Service.

The report states the incident occurred just before noon on Sunday, Sept. 6, 2020, on the Blue Ridge Parkway near milepost 297, which is near Price Lake. Jason Kruk, of Taylorsville, NC, and his son were traveling south on the Parkway when a vehicle in his lane stopped suddenly. Kruk corrected and traveled into the northbound like, where the motorcycle collided with a pickup.

Kruk’s 11-year-old son, name withheld, was airlifted to a hospital, where he died from injuries. Kruk was transported to a local hospital as well, where he was treated for his injuries. Rangers said both Kruk and his son were wearing helmets at the time of the collision. Authorities said the pickup driver had minor injuries.

According to obituary information from the Powles Staton Funeral Home in Rockwell, NC, the deceased’s name is Nathaniel “Nate” David Kruk, age 11, of Salisbury, son of Jason Kruk, of Taylorsville, and Marielle Hare, of Salisbury.