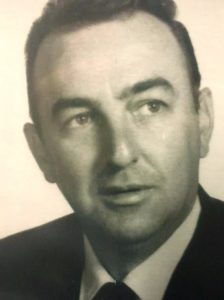 Randall Ray Rector, 82, of Taylorsville, passed away at Gordons Hospice on Thursday, September 17, 2020.

Randall was the son of the late Charlie Ray Rector and Blanche Williams Stewart in Alexander County. Randall was of the Christian faith. He enjoyed fishing, NASCAR, and collecting antiques.

In addition to his parent, Randall was preceded in death by his brother, Grady Rector; sister, Nancy Posey; and a daughter-in-law, Laura Houchins Rector.

Visitation for Mr. Rector will be held at Alexander Funeral Service on Sunday, September 20, 2020, from 1:30 p.m. until 2:15 p.m., with the funeral service following at 2:30 p.m. Rev. Steve Dagenhart will be officiating. Burial will follow in the Taylorsville City Cemetery. Military rites will be afforded by Alexander County Honor Guard and United States Air Force Honor Guard.