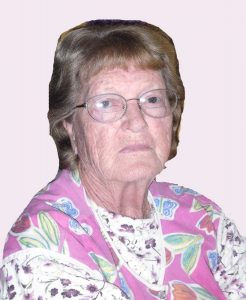 Louise Elder Freeman, 85, of Hiddenite, went home to be with her Lord and Savior on Friday, September 18, 2020 at Frye Regional Medical Center following a brief illness.

Louise was born October 24, 1934, in Alexander County, the daughter of the late Frank Mitchell and Ruth Elder Mitchell.

She was a homemaker. She was of the Baptist faith and attended Wayside Baptist Church until her health prevented her from going.

Including her parents, she was preceded in death by her husbands, Robert Elder, Chaunce Elder, and Albert Freeman; her son, Michael Elder; her daughters, Barbara Ann Davis and an infant daughter; her sister, Betty Freeman; her sons-in-law, Robert L. Wiles, Sr. and Curtis Davis; her grandson, Fletcher Puett; a special nephew, Robert A. Barnes; her fur babies, Angel and Mr. Wiggles.

Memorials may be made to: Gideon’s International Taylorsville Camp, PO Box 517, Taylorsville, NC 28681.

Adams Funeral Home and Cremation Services is honored to be serving the Louise Freeman Family.