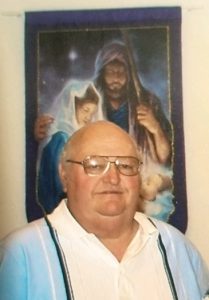 Jay was born on May 8, 1944, in Surry County, to the late Robert Burton and Essie Marie Hall. Jay was a dairy farmer, considered an expert cattle breeder.

In lieu of flowers, the family requests donations be made to the American Diabetes Association, PO Box 7023, Merrifield, VA 22116-7023.