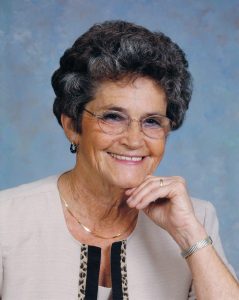 Anna Mae Pennell Head, 86, of Taylorsville, passed away at her residence on Wednesday, September 30, 2020.

Anna was born to Linsey and Willie Mooney Pennell on May 23, 1934 in Alexander County.

Anna was a member of Three Forks Baptist Church where she was a member of the WMU and sang in the choir. She also enjoyed singing with her family. Her hobbies included baking, cooking, working with her flowers, bird watching, and attending car shows with her husband, Kenneth. She was also a volunteer at the Christian Crisis Center.

In addition to her parents, Anna was preceded in death by her son, Barry Lee Pennell, and her brother, Ned Pennell.

The family requests that, in lieu of flowers, donations be made to Hospice & Home Care of Alexander County, Inc. @ 50 Lucy Echerd Ln, Taylorsville, NC 28681.