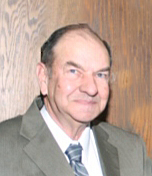 Thomas Alva Philmon, Sr., 87, of Hiddenite, passed away peacefully at home, surrounded by his family, on Tuesday, October 13, 2020.

He was born February 23, 1933, in Pasco County, Florida, the son of the late Shellie and Alma Irene Jones Philmon.

Thomas was a US Army veteran, who served during the Korean Conflict and was stationed in Alaska. He worked for the city of Dade City, Florida before moving to Alexander County. He retired from Burlington Industries of Mooresville in 1995.

In addition to his parents, Thomas was preceded in death by a son, Thomas Philmon, Jr.; a grandson, Christopher Payne; his bothers, Irvin Philmon, Floyd Philmon, and Layton Philmon; his two half-brothers, Herman Philmon and an infant brother; and his sisters, Wyolene Whiddon and Lillian Burnette.

A service will be conducted at 4 p.m., Friday, October 16, 2020 at Adams Funeral Home Chapel. Rev. Michael Carr will officiate. The family will have visitation one hour prior to service. A private graveside will follow at final resting place with full military honors accorded by Alexander County Veterans Honor Guard.

The family would like to thank the following special caregivers, Sammi Jo Johnson, Jesse Jo and Ryan Anderson, Sabrina Weikle, and Denise Rhodes for their love and care of our sweet loved one.

Memorials may be sent to: Hospice and Palliative Care of Iredell County, 2347 Simonton Road, Statesville, NC 28625.

Adams Funeral Home and cremation services is honored to be serving the family of Thomas Alva Philmon, Sr.