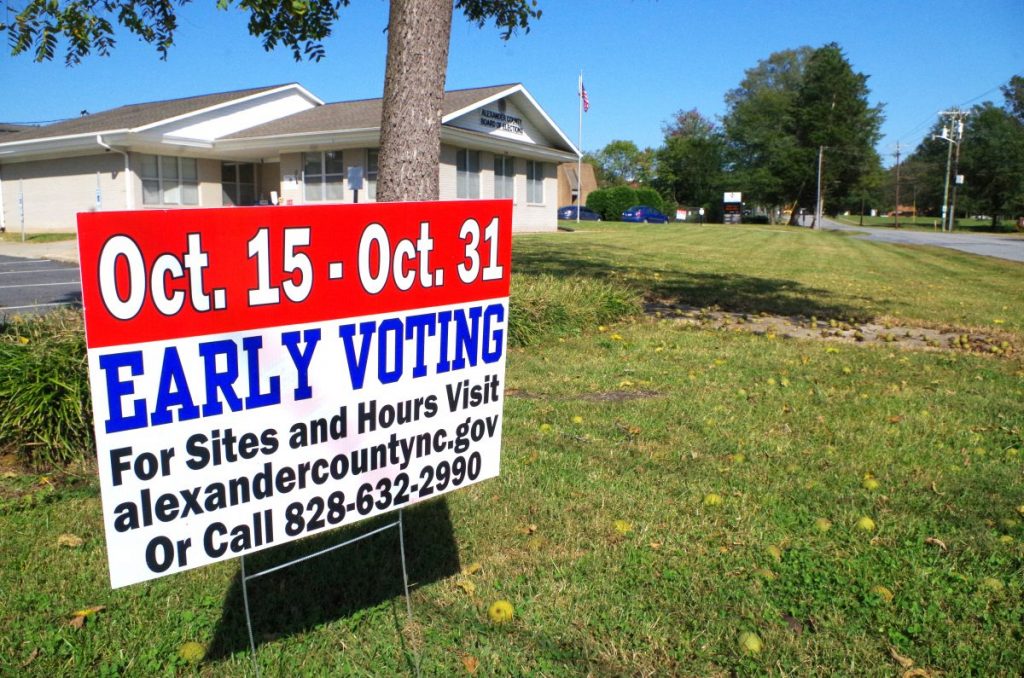 EARLY VOTING UNDERWAY, IN A BIG WAY — The voters in Alexander County have flocked to the polls during the Early Voting period, which began October 15 and continue through Halloween Saturday in three locations. (Photo by Lauren Wasmund.)

Alexander County voters have turned out in droves for the Early Voting period, which began on Thursday, October 15.

The three Early Voting sites in Alexander are: the Alexander Senior Center in Taylorsville, the Bethlehem Community Fire and Rescue Department, and the Hiddenite Volunteer Fire Department.
As of Tuesday evening, October 20, a total of 7,075 votes had been cast in Early Voting. This included 3,232 in Taylorsville, 1,507 in Hiddenite, and 2,336 in Bethlehem, according to Patrick Wike, Alexander County Elections Director.

This amounts to an Early Voting turnout, thus far, of 28.64 percent of the county’s 24,707 registered voters.

In addition to these, 1,256 absentee by mail ballots have also been returned and approved, which puts voter turnout at 33.7 percent, said Wike.