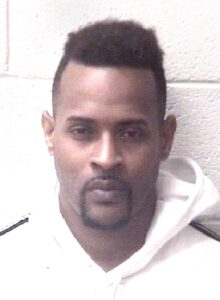 A man, who was being sought in connection with the rape of an elderly woman this summer, has been apprehended.

Williams was transported to Catawba County Sheriff’s Office, where he was interviewed by Alexander and Catawba County Detectives. Following the interview, Williams was transported to the Alexander County Sheriff’s Office. He is being held under a $1,225,000 secured bond with a first appearance held Monday, October 19, 2020, in Alexander County District Court. During that court date, Williams’ case was continued until Nov. 9. Attorney Kimberly Taylor was appointed to represent Williams.

Sheriff Bowman would like to thank Newton Police Department and Catawba County Sheriff’s Office for their assistance in this investigation. “Once again, this goes to show how teamwork between different agencies helps to get dangerous criminals off the street,” said Bowman.

According to the N.C. Sex Offender Registry, Williams is a lifetime registered sex offender.