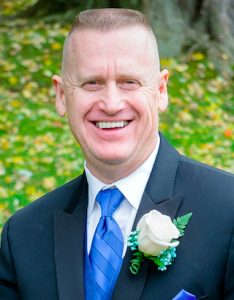 Born in Worcester, Massachusetts, on April 17, 1958, TJ was the son of Eva Marie Gleick Brennan and William Patrick Brennan.

Soon after graduating high school in Auburn, Massachusetts, TJ went on to join the United States Coast Guard and served during Operation Desert Storm. While in the Coast Guard, he received his Associates Degree from Oregon Institute of Technology. He proudly served his country for 23 years, retiring after achieving the rank of Lieutenant.

In the beginning of his career, while TJ was serving on San Salvador Island, he met the love of his life. Despite being warned to “stay away from the coasties,” TJ finally, eventually wore her down, and Melanye agreed on a date. The rest is history. The couple enjoyed 43 years together and 40 years of marriage.

Following retirement from the military, he became a real estate agent. He eventually started TJ Brennan Real Estate. In 2012, he retired from real estate and, in 2015, moved to Hiddenite with his wife, mother-in-law, and sister-in-law to live in his dream home, dubbed the “Fourever Farm.”

Nothing meant more to TJ than his family. He was the ideal husband and father for his children, and was always proudly talking about them.

TJ was a member of the Oath Keepers and the American Legion. He believed in protecting his country, family, and the Constitution.

TJ enjoyed hunting, crafting custom knives, Muai Tai, personal fitness, collecting watches and guns, working around the family farm, and spoiling the various animals. All those who knew him are also very aware of his love of a good debate.

He was a mentor and father-figure to countless people who he helped to guide through life. He was known for his generosity and would adopt several families anonymously every Christmas. He also strived to help whoever he could whenever he could. It was also important to him that he instilled this trait in his family.

Visitation will be from 5-7 p.m., Tuesday, October 27, 2020 at Adams Funeral Home in Taylorsville. The family will have a private celebration of life at their home with full military honors.

In lieu of flowers, donations can be made to St. Jude Children’s Hospital or Boys Town.

Adams Funeral Home and Cremation Services is honored to be serving the Brennan Family.