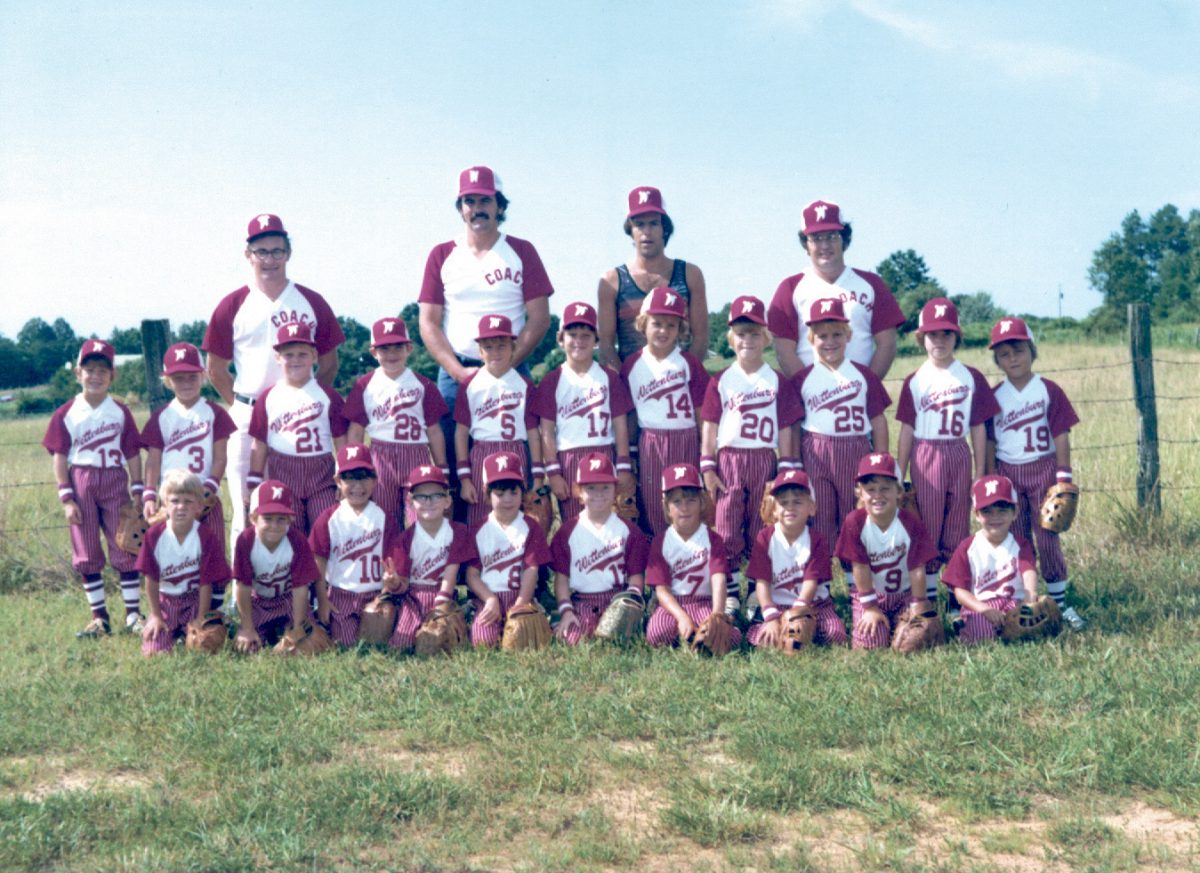 Hundreds of Alexander County youth have participated in T-Ball play during the program’s 44 seasons, dating back to 1977 when Recreation Director Bill Glad implemented the league.
T-Ball is a team sport based on and simplifying baseball and softball play, modified for youngsters in which the ball is batted from a tee of adjustable height rather than being pitched. The first known use of T-ball (as a ballgame) was in 1962 according to Merriam-Webster.com/dictionary.

The T-Ball rules in 1977 called for players batting in alphabetical order and each team had the same number of at-bats in the four inning games. The players had to wear helmets, action stopped when the ball was returned to the pitcher/catcher or defensive possession in front of the runner. Other rules were no base stealing, three missed swings or knocking the T over and slinging the bat equaled an out. Scores were kept and results provided to the Recreation Department.

T-Ball rules have evolved over the years and currently the teams do not keep score during regular season games but do during the post season tournament. For the 2020 season, no T-Ball league tournament was scheduled because of the shortened season. The 2019 T-Ball tournament champion in the 5-6 league was the Ellendale Wolfpack.

The 1977 Wittenburg T-Ball team was the class of the league, winning the league championship and post season tournament as the 22-player team was undefeated in the program’s inaugural season. 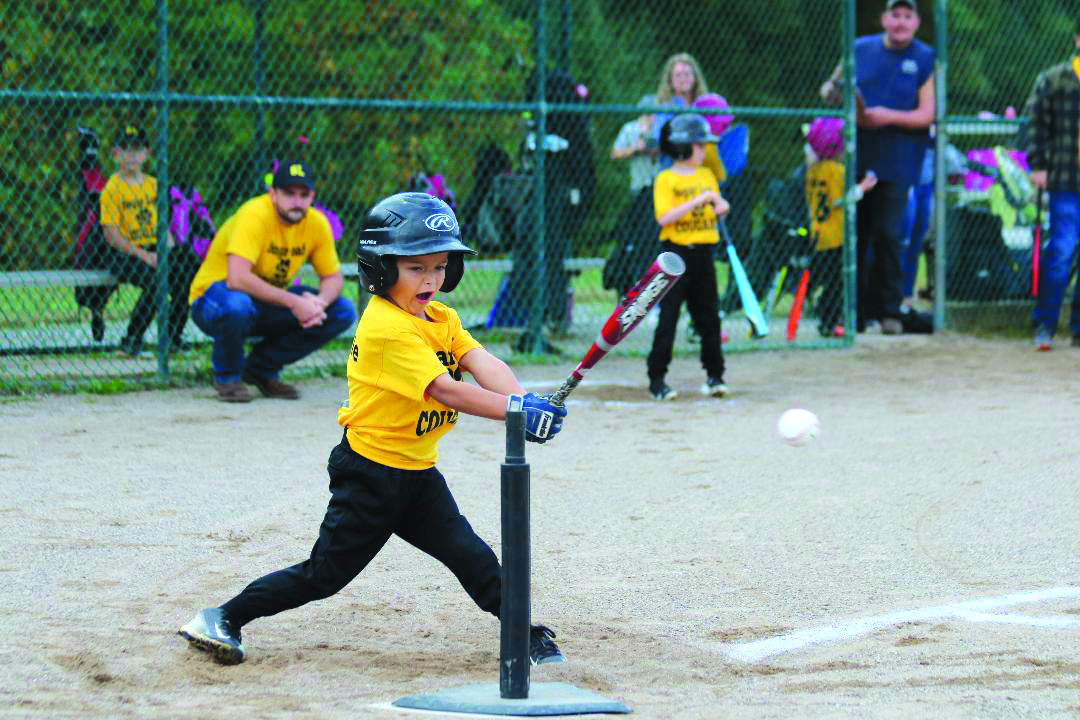 COULSON FOX, a member of the Sugar Loaf Cougars, connects with the ball in this action photo from the Alexander County Parks and Recreation 5-6 year old T-Ball league. (Team Hajer photo.)

Lots of smiling faces can be found at T-Ball games. Moms, dads, grandparents, and friends can enjoy seeing these youth develop team and ballgame skills, plus fitness while having fun. Fans can expect a wide variety of player actions on the field, some of which are not ballgame focused, like discovering a grasshopper or a bumble bee or those birds flying through the air or involvement in deep conservation, oblivious to that ball that just came rolling by — then chasing a hard hit ball and ending in a pile of players scrambling to emerge with that round white prize (I, got the ball – now what?) And YES, it is perfectly OK to wave to grandparents and others  before stepping into the batter’s box — they’re just as excited as the young Casey At Bat! 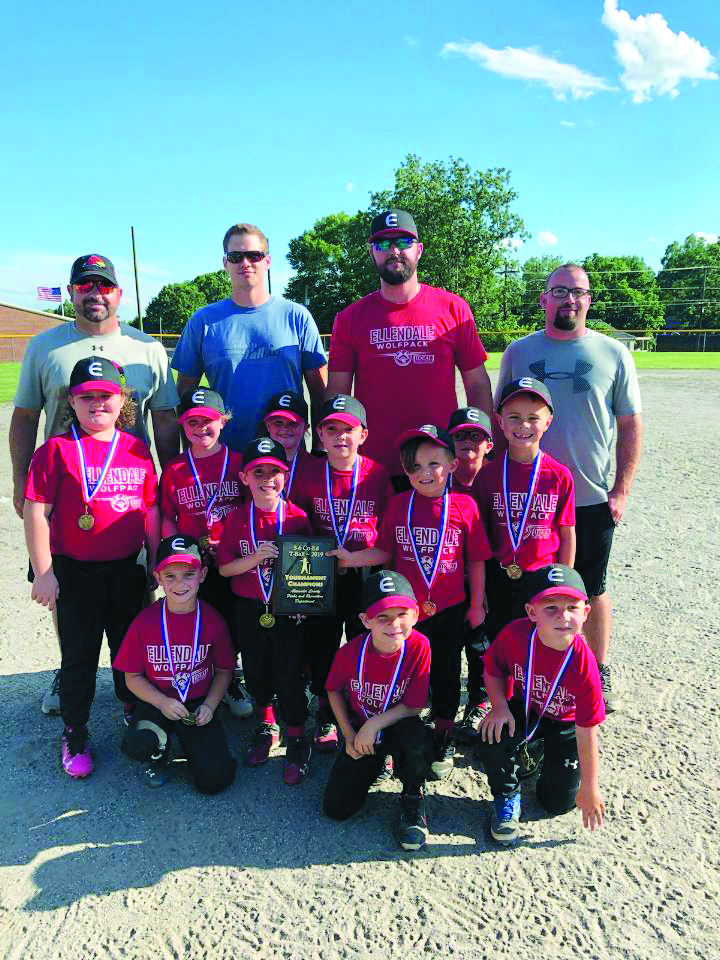