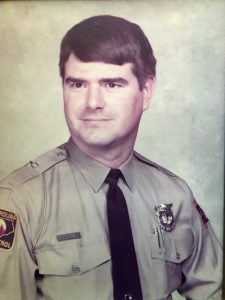 He was born December 17, 1946, in Randolph County, a son of the late Bill and Frances Davis.

He was preceded in death by his brother, Ronald Davis.

Robert spent his career in law enforcement as a highway patrolman and later a judicial magistrate. He was a member of Sharon Baptist Church in Smithfield. He was also a member of Masonic Lodge, Lee #258 in Taylorsville. Robert greatly enjoyed sports of all kinds and served as an official for many years. He was an avid reader, painter, and history buff. He was also known for his very dry sense of humor.

In lieu of flowers, memorial contributions may be made to the American Cancer Society at www.cancer.org or 1-800-227-2345.

Online condolences may be left for the family at www.parrishfh.com.