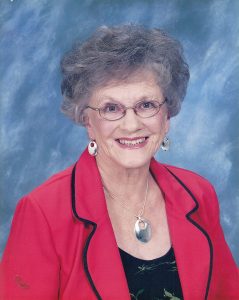 Martha Nell Herman, 91, of Taylorsville, passed away at her home on Sunday, November 1, 2020 after a long period of declining health.

Martha Nell was born July 15, 1929 to Homer and Ruby Artimissy Childers Daniels. During her working career, she worked for The National Enquirer, Schneider Mills, and as a grower for Holly Farms.

Martha Nell was a member of East Taylorsville Baptist Church, where she served her Lord singing in the choir and Ladies Chorale. She also served as a Sunday School teacher, and will always be remembered for her red velvet cakes.

In addition to her parents and her husband, Harvey Herman, Martha Nell was preceded in death by three brothers, Bobby, Edsel and Larry Daniels; and a daughter, Joette Farris.

The family requests that, in lieu of flowers, donations be made to Alzheimer’s Association @ PO Box 2565, Hickory, NC 28603.