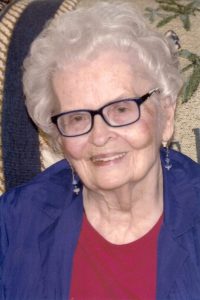 Ann Gray Davis, of Taylorsville, passed away peacefully at home on November 11, 2020.

She was born January 18, 1932, in Philadelphia, Pennsylvania, to the late Joseph and Elaine (Wheaton) Gray, but was raised in the western part of New York state. Ann led a very accomplished life.

After raising four children, she went back to school at Roberts Wesleyan College in Rochester, New York to fulfill a lifetime dream of becoming a nurse. She received her BS in nursing and went on to teach nursing for four years at Roberts before going onto Emory University, where she received her Master’s degree in Psychiatric Nursing and later a Certification by American Nursing Association for Clinical Specialist in Mental Health Nursing. After graduating from Emory, she moved to NC to teach at Lenoir-Rhyne College (now University).

Her career took her to Frye Regional Medical Center and then Broughton Hospital, where she was the Co-director of Nursing. Upon her retirement in 2003, Ann wrote and published three books. Her hobbies included knitting, reading, and writing.

In addition to her parents, Ann was preceded in death by her brother, Joseph E. Gray, Jr., and her daughter, Megan Merry Alekson.

The family would like to thank Community Home Care & Hospice in Statesville for the excellent care given and also Emily Billings who was a tremendous help at the end of Ann’s life.

A memorial service will be held honoring Ann on Saturday, November 28, at 1:00 p.m. at Alexander Funeral Service. The family will conduct the service.