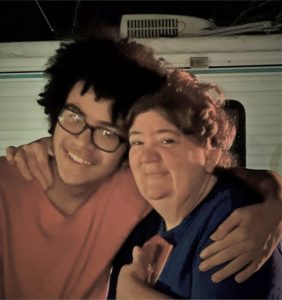 Crystal Dawn LeVan Reed, 49, of Hiddenite Campground, passed away Thursday, November 12, 2020 in her home due the flood.

She was born March 19, 1971, in Iredell County, to Billy David LeVan of Hiddenite and Pamela Annette Norton Davidson of Stony Point. She was formerly a C.N.A., but had battled M.S. for many years. She was also of the Christian faith.

She was preceded in death by her paternal grandfather, Kenneth Eugene LeVan; her maternal grandparents, Tom and Rita Bell Norton; and a grandson, James William Drum III. She died with her son, Tyrell Jordan “Ty” Reed.

In lieu of flowers, a donation can be made to Chapman Funeral Home for the funeral expenses.