Jonathan Hayes of Taylorsville nearly fell out of his chair when he scratched off his ticket and saw he’d just won $1 million.

Hayes, who owns a landscaping company, said he stopped to buy a new Holiday Countdown scratch-off game at the R Shoppe on N.C. 16 South in Taylorsville on Thursday.

“I stopped at the store, grabbed a ticket,” said Hayes. “Came home, had a sandwich, and I scratched it off then I fell out of my chair!”

He says he and his wife know exactly what this money is intended for.

“We’re just going to invest it primarily in my daughter’s education,” said Hayes of his big win. “Make sure that’s something that she won’t have to worry about so that she can come out of college debt free, hopefully.”

His daughter, who will be nine in January, has no idea of the gift her parents have just given her.

“When I came out of school, my parents helped me with my education,” Hayes recalled. “But I still had college debt and stuff to pay when I got out of school. It’s just a comforting feeling to know that this is going to take a burden off of her.”

Hayes claimed his prize Friday at lottery headquarters in Raleigh. He had the choice of taking an annuity with 20 payments of $50,000 or a lump sum of $600,000. He chose the lump sum and, after required federal and state tax withholdings, walked away with $424,506.

“I never, in a million years, thought that we would win a million dollars,” he said. “It’s still not a real feeling.” 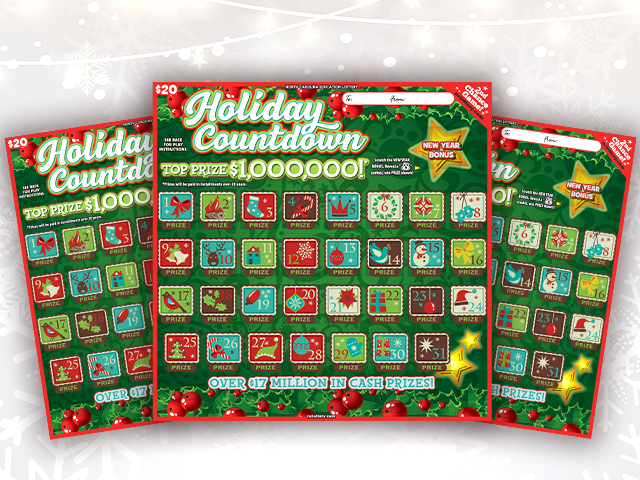