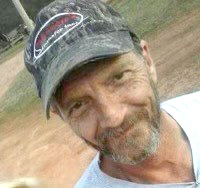 Jerry was born on August 9, 1958 to the late Catherine Mae Van Orden Venosh in Dover City, New Jersey. Jerry was a member of Jesus Life Worship Center. He enjoyed fishing, working, model cars, watching westerns, and taking care of everyone else. He loved Elvis Presley.

In addition to his mother, Jerry was preceded in death by his son, Gary Van Orden; a sister, Donna Horn; his in-laws that he referred to as his parents, John K. and Ruth Cline; and a sister-in-law, Ruthy Roop.

The family requests that, in lieu of flowers, memorials be made to Smyrna Baptist Church @ 6174 Church Road, Taylorsville NC 28681.