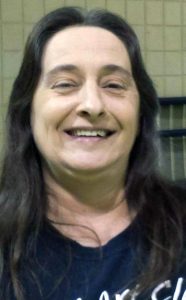 Teresa Lee Keller Pilkins, 54, of Taylorsville, passed away at her residence on Monday, November 23, 2020.

Teresa was born May 17, 1966, in Alexander County, to the late Herman “Hoyle” Keller and Phyllis Teague Kerley. Teresa was of the Baptist faith and had  worked in the furniture industry.

A memorial service will be conducted by the family at a later date and inurnment will be with the family.