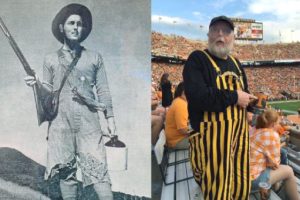 Jimmy Clifford McCurdy, 79, of Charlotte, formerly of Taylorsville, passed away at his residence on Saturday, November 28, 2020.

He was born November 28, 1941, in Alexander County, to the late Clifford and Hazel Miller McCurdy.

Mr. McCurdy was of the Methodist faith. He worked as a safety technician at Energy Solutions at the Oakridge Nuclear Plant. He was very active during his life, he retired from the Alexander County School system, was a volunteer at the Taylorsville Fire Department, a member of the Lions Club, Taylorsville Jaycee’s, Corporal McCurdy as a Civil War Reenactor in the North Carolina 6th Regiment, and coached Little League ball.

Mr. McCurdy was a graduate of Appalachian State University where he was Yosef and played and lettered on the ASU soccer team. Jimmy later earned his Master’s Degree at North Carolina A&T.

Along with his parents, Mr. McCurdy was preceded in death by his niece, Lisa Foshee, and a nephew, Kirk Foshee.