Arlington, Texas — The Texas Rangers today announced that the club has invited the following four minor league teams to become its affiliates in Major League Baseball’s new player development structure, which will be effective for the 2021 season:

“The Texas Rangers are pleased to invite these four outstanding franchises to be a part of our minor league system going forward,” said Rangers Managing Partner Ray Davis. “We look forward to the opportunity of returning to Central Texas, where we previously had a great eight-year partnership with the Round Rock Express.

“The Rangers have enjoyed strong relationships with our Frisco, Hickory, and Down East affiliates for a number of years, and those will continue as we go forward.”

Texas is anticipating returning its Triple-A club to Round Rock after being in Nashville the last two years. The Express, which are owned by Ryan-Sanders Baseball, LP, were the Rangers’ Pacific Coast League affiliate from 2011-18. The Rangers have been affiliated with Double-A Frisco, which is owned by Frisco RoughRiders, LP, since that franchise moved from Shreveport, Louisiana prior to the 2003 season.

Hickory had been a Low-A team for the Rangers since 2009. Down East became Texas’ High-A affiliate in 2017 as a Carolina League expansion team. The Texas Rangers own both the Hickory and Down East franchises.

Major League Baseball is expected to announce the complete league structures for the new player development system in the first part of 2021. 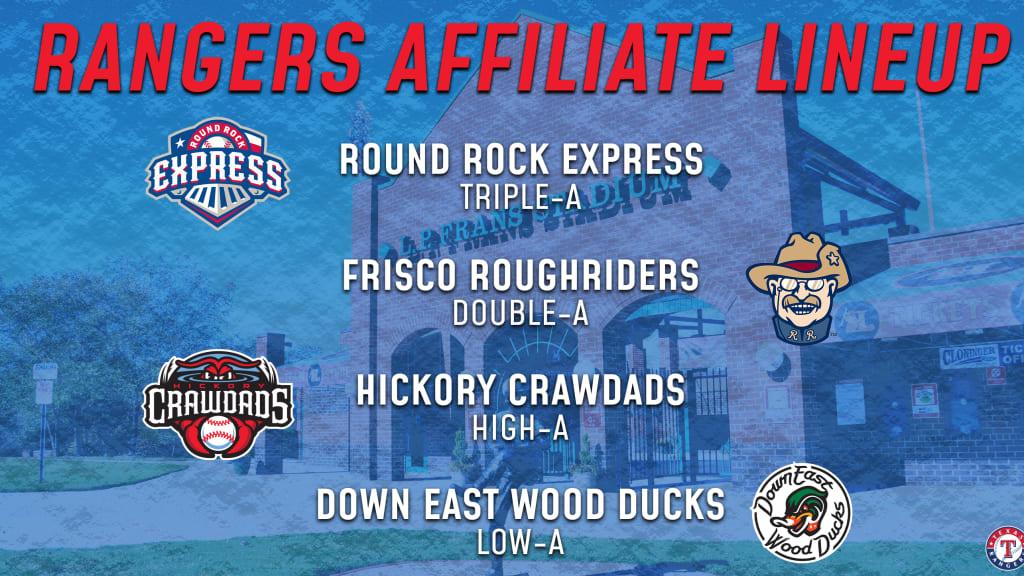