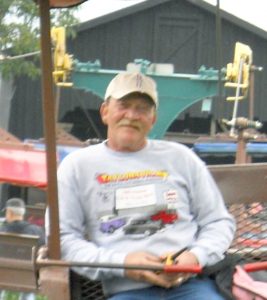 James “Ray” Harding, 63, of Taylorsville, passed away on Wednesday, December 9, 2020 at his residence.

James was born on September 27, 1957, the son of Mary Hefner Wiles and the late James Franklin Harding. During his career, he was self-employed as a skilled carpenter. James was of the Baptist faith and a wonderful husband, father, grandfather, brother, and friend to all. He was a skilled mechanic and a “Ford man” and cherished his ‘65 Ford Mustang. Ray also worked with Charlie Sigmon Racing as a pit crew member.

Along with his mother, those left to cherish his memory include his wife of 31 years, Myra Walker Harding of the home; children, James Harding, Jr. of Statesville, Angela Patterson of Greenville, South Carolina, and Wesley Harding of Statesville; step-son, Ryan Barlowe (Amanda) of Taylorsville; step-daughter, Tara Barlowe of Hickory; sisters, Wanda Ladd (Buddy) of Kernersville, Barbara Herman (Terry), and Shelby Welborn, both of Taylorsville, and Debbie Killian (Derek) of Hickory; eight grandchildren; along with a number of nieces and nephews.