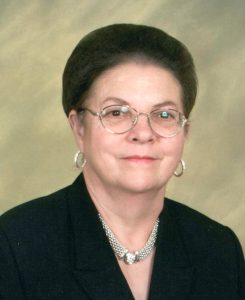 She was born on April 7, 1944, in Alexander County, the daughter of the late Buford and Emma Lea Durmire. She married the love of her life, Franklin Douglas Sprinkle, on December 26, 1962 at Sulphur Springs Baptist Church in Hiddenite. Her love for her family was the very essence of who she was as a wife, mother, and grandmother.

In 1963, she and Douglas started their family and Wilma spent the next 10 years as a homemaker and raising her three wonderful sons. During this time, Douglas was in the military and was also a police officer in Charlotte. Her husband and her sons were the joy of her life.

In 1973, Douglas and Wilma moved back to Taylorsville and she started her first public job as a supervisor at Blue Bell, making Wrangler jeans until 1980. In 1980, Doug and Wilma built their first chicken house and began a 34 year journey of poultry farming with Mountaire Farms. They also started their own beef cattle farm, which is still in operation today. Every day they worked side by side with each other, enjoying the ups and downs of farm life.

In 2014, Wilma retired from poultry farming and she and Doug began a more relaxed life of traveling and visiting sites across the United States, including Yellowstone National Park and other places in the western United States.

Wilma’s quiet and peaceful personality was the same no matter where she was. She brought a sense of calm and unconditional love to her family and friends. No matter what life brought, Wilma’s faith in the Lord was her constant strength.

Wilma’s dedication to Sulphur Springs Baptist Church was evident by the many hours of volunteer work to church activities. One of her favorite ways to serve was by fixing food for many children and youth during Vacation Bible School each year. She also was actively involved in the Women on Mission (WOM) group at Sulphur Springs.

Her marriage to Douglas and their faithfulness to each other was always evident. They were each other’s best friend. From the time they were married until Jesus called Wilma home, they spent each day loving and serving each other. Their love and devotion to each other is an example of what marriage should be for us all.

In addition to her parents, she was preceded in death by her brother, Roy Durmire; sister-in-law, Kay Durmire; and nephew, Kevin Durmire.

The family is especially grateful to Hospice of Alexander County for all of their time, dedication, and tender care given to Wilma and to the family. Special thanks to Kelly Jolly and Susan Wike for their special care each week.

Anyone wanting to view or listen to the service from the comfort of their car may tune into 92.5 FM from the church parking lot or via Sulphur Springs Facebook page.

Memorials may be given to St. Jude’s Children Hospital or to Hospice of Alexander County.

Adams Funeral Home and Cremation Services is honored to be serving the family of Mary Wilma Durmire Sprinkle.