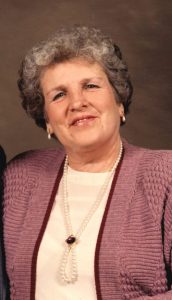 She was born Monday, September 26, 1932, in Alexander County, to the late Forest Raydron Icard and Mazie Amanda Hollar Icard. Alice worked for a number of years in the furniture industry and then as a homemaker. She was a member of Friendship Lutheran Church.

In addition to her parents, Alice was preceded in death by her husband, Pleas Maloy Icenhour, and a sister, Maxine Hall.

In lieu of flowers, memorials may be given to Hospice of Iredell County, 2347 Simonton Rd, Statesville, NC 28625; or Friendship Lutheran Church, 5300 Church Rd, Taylorsville, NC 28681.

Chapman Funeral Home is honored to be serving the family of Alice Icenhour.