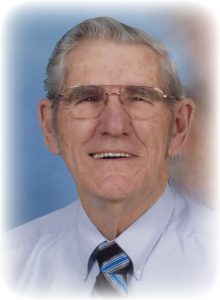 Born on August 7, 1938, in Iredell County, he was the son of the late David Boyd Mason and Adelle Millsaps Mason.

In addition to his parents, he was preceded in death by a brother, Jerry Franklin Mason; sister, Judie Mason Reavis; step-daughter, Sheila Ann McNeely; and son-in-law, Ray Kennedy Gaither.

Donald Mason retired from CommScope in 2005 after 25 years of long-distance truck driving. During his time at CommScope, he earned 1 million, 2 million and 3 million miles safe driving jackets. Before CommScope, he drove for DeHart Motor Lines and Poteat Motor Lines for a combined total of 17 years. He loved to be on the highway in his truck.

He was a faithful member of White Plains Baptist Church in Hiddenite. He enjoyed visiting family and friends, classic cars, motorcycles, and traveling.

In lieu of flowers, memorials can be made to White Plains Baptist Church at 654 Pleasant Hill Church Rd, Taylorsville, NC 28681; or to Hospice House Iredell County at 2341 Simonton Rd, Statesville, NC 28625.

The family would like to say a special Thank You to Justin Wilhelm, who was his caregiver, and also to Hospice of Iredell County.