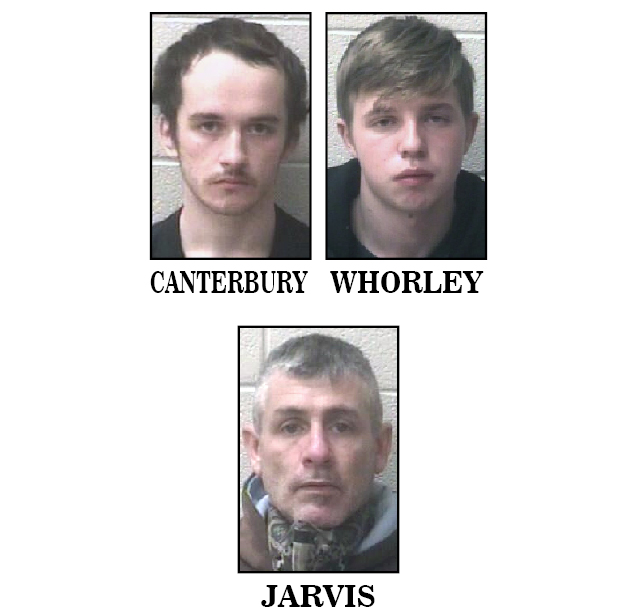 Four teenagers and an adult man have been charged in a burglary and subsequent shooting that occurred over the Christmas weekend, according to Alexander County Sheriff Chris Bowman.

On Saturday, December 26, 2020, at approximately 10:30 p.m., officers with the Alexander Co. Sheriff’s Office and Taylorsville Police Department responded to a residence on Gravel Hill Crt. in reference to shots being fired. Upon arrival, officers discovered that three individuals forced their way into a residence occupied by a 17 year old and his parents.

The 17 year old was confronted by two 18 year olds and a 17 year old suspect demanding money and other property. The parents chased the suspects out of the residence and into a vehicle parked in the victim’s driveway. During that time, shots were fired by the father into the suspects’ vehicle, striking the vehicle three times on the passenger side as it was leaving the driveway. No one was injured during the incident.

At approximately 1:00 a.m. on December 27, three individuals along with the suspects’ vehicle were located at a residence on Crowson Road, off of Rink Dam Road in Alexander County. Further investigation by officers revealed that the suspects had gone to the residence on Gravel Hill Crt.  to purchase a controlled substance from the 17 year old.

Arrested was Zachariah Canterbury, age 18 of Taylorsville. Canterbury was charged with Common Law Robbery and First Degree Burglary. His bond was set at $100,000.00 with a court date held December 29, 2020.

Also arrested was Christopher Dalton Whorley, age 18 of Seminole, Florida. Whorley was also charged with Common Law Robbery and First Degree Burglary. His bond was set at $100,000.00 with a court date held December 29.

Christopher Lee Jarvis, age 47 of Taylorsville, was charged on Tuesday, December 29, with Discharging a Firearm into an Occupied Vehicle. His bond was set at $100,000.00 unsecured.  Jarvis was the homeowner present during the burglary on Gravel Hill Crt.