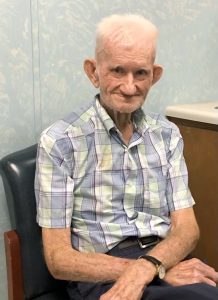 Hubert Eugene “Gene” Davis, 91, of Taylorsville, passed away Sunday, January 3, 2021 at his home after a period of declining health.

He was born Saturday, February 16, 1929, in McDowell County, to the late Melvin Albert Davis and Reva Sevina Hensley Davis. Hubert retired from Childers Lumber and spent most of his life farming.

In addition to his parents, Hubert was preceded in death by two brothers and a sister.

A Private Memorial Service will be conducted. Rev. Thomas Ingram will officiate. Due to Covid-19, there will be no formal visitation.

Chapman Funeral Home is honored to be serving the family of Hubert Davis.