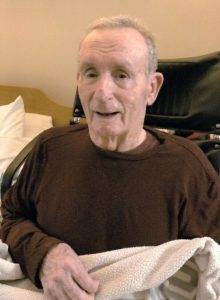 Billy Layfate Hefner, 86, of Taylorsville, passed away on January 4, 2021 at Valley Nursing Center.

Billy was born on May 28, 1934 to the late Quez and Evie Lou Fox Hefner. Billy was a member of Shiloh Lutheran Church. He enjoyed hunting, fishing, and going to new places; he referred to this as loafing, piddling, and tinkering.

In addition to his parents, Billy was preceded in death by a sister, Loretta Chapman, and a brother, Harold Hefner.

A private graveside service will be conducted at Shiloh Lutheran Church Cemetery.

The family requests that, in lieu of flowers, donations be made to the Shiloh Lutheran Church Building Fund @ 1011 Shiloh Church Rd, Hickory, NC 28601.