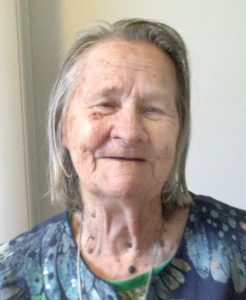 Betty Hendren Childers Wilcox, 90, previously of Taylorsville, went home to be with her Lord on Wednesday, January 6, 2021 at Accordius in Statesville.

Betty was born June 6, 1930, the daughter of the late Roy Glenn and Bertha Mae Childers Hendren.

She was a homemaker and enjoyed reading and being with her family, children and grandchildren.

In addition to her parents, she was preceded in death by her former husbands, Garwood Childers and Richard Wilcox; brothers, Graydon and Ralph Hendren; sisters, Ruby Elder, Mabel Dagenhart, and Dorothy Walker; and grandson, Trace Childers.

The family wishes to thank the staff of Accordius at Statesville for the excellent love and care Betty received during her stay.

The body will lie-in-state from 1-5 p.m., Saturday, January 9, 2021 at Adams Funeral Home Chapel. A graveside service will be held at 1 p.m., Sunday, January 10, 2021 at the Taylorsville City Cemetery. Minister Donald Childers will officiate.

Memorials may be made to Gideons International, PO Box 1321, Statesville, NC.

Adams Funeral Home and Cremation Service is honored to be serving the family of Betty Hendren Childers Wilcox.