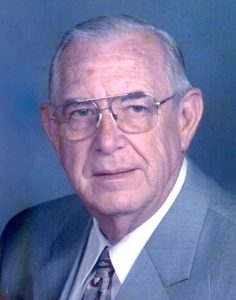 Glenn Lee Sigmon, 85, of Bethlehem, went to be with his Heavenly Father on Thursday, January 7, 2021.

He was born December 7, 1935, in Caldwell County, to the late Ralph E. Sigmon and Ruby Johnson Sigmon. He attended Alexander County Schools and was employed in the furniture industry before starting Glenn’s Auto Trim that he owned and operated for over 40 years. His work was recognized in several publications, including Hot Rod Magazine.

Along with his parents, Glenn was preceded in death by his wife of 62 years, Shirley; his eldest son, Rusty; a sister, Ruth Sigmon; and brother, Fred E. Sigmon.

Glenn will Lie-in-State at Alexander Funeral Service on Saturday, January 9 and Sunday, January 10 from 1:00 p.m. – 5:00 p.m. A private graveside service will be held at Antioch Baptist Church Cemetery.

Memorials may be made to Antioch Baptist Church at 580 Antioch Church Rd, Taylorsville, NC 28681.