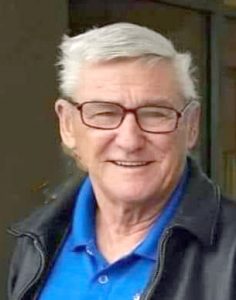 Roger Moore, 73, of Taylorsville, passed away on Monday, January 11, 2021 at Trinity Ridge in Hickory.

Roger was born January 17, 1947, in Hickory, the son of the late Lester Moore and Stella Herman Moore.

He was a US Army veteran and had worked in the furniture industry for most of his working career and enjoyed working for himself as a florist, animal hobbyist, and auctioneer. He enjoyed watching animal documentaries, reality TV with his wife, and secretly enjoyed soap operas.

Out of an abundance of caution due to COVID, no services are planned at this time but there will be a book signing and video from 2-5 p.m., Tuesday, January 19, 2021 in the Adams Funeral Home Chapel.

In lieu of flowers, memorial donations can be made to your local humane society.

Adams Funeral Home and Cremation Services is honored to be serving the family of Roger Moore.