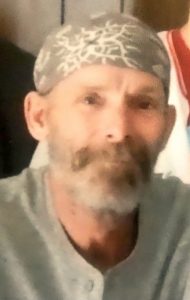 Irvin Wayne Francisco, 55, of Taylorsville, passed away January 19, 2021 at Gordon Hospice House after a long battle with cnacer.

He was born April 4, 1965, in Genesse County, Michigan, to father, Clarence George Francisco and wife Sally of Florida, and mother, Dianna March Brogden and husband Keith of the home. He was of Baptist faith.

He was preceded in death by a sister, Deborah Sue Morgan.

Survivors include two sons, Jacob Francisco (Allison) and Irvin Wane Francisco and his dog Sage, all of Taylorsville; a daughter, Sadie Francisco (Jason) of New York; three brothers, Robert Morgan of Stony Point, Steven Morgan of Hickory, and Albert Francisco of Michigan; two grandchildren, Jayla and Lillie; several nieces and nephews; and many special friends including, Scott and May Chapman.

A graveside service will be conducted at 12:00 p.m., Monday, January 25, 2021 at the Stony Point Cemetery.There will be no formal visition.

Memorials may be given to Hospice of Iredell County, 2347 Siomonton Rd., Statesville, NC 28625.

Chapman Funeral Home will be handling the service of Irvin Wayne Francisco.