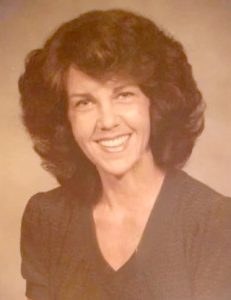 She was born on August 21, 1943, in Iredell County, to the late Joseph and Sadie Chandler White. During her career, Martha worked at Royal Seating and was a faithful member of Freedom Baptist Church for 30 years.

She was a wonderful mother, grandmother, and wife who cared for others more than herself. Martha loved the Lord and always said that the greatest gift was having her children on the same church pew.

Along with her parents, she was preceded in death by her daughter, Shannon Williams, and brother, Rev. Joe White.

There are no formal funeral services planned at this time. A private memorial service will be planned at a later date.