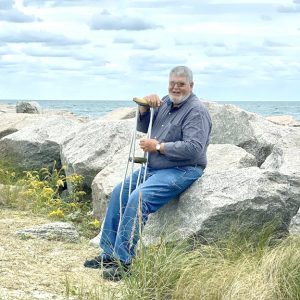 Ray Eugene Sloan, 64, of Hiddenite, passed away at Iredell Memorial Hospital on January 23, 2021.

Ray was born in Iredell County to the late Martin Nathan Sloan and Winnie Martin Sloan of Hiddenite.

In addition to his mother, he is survived by his wife of 42 years, Brenda Marlowe Sloan of the home. Ray was a lifetime poultry farmer and retired Corrections Officer and a member of Pisgah UMC.

A graveside service will be conducted at 3:00 p.m., Wednesday, January 27, 2021 at Pisgah UMC Cemetery. Rev. Mike Duncan will officiate. The body will lie in state at Chapman Funeral Home Tuesday, January 26, 2021 from 3:00 to 7:00 p.m. We ask that all families follow the CDC guidelines.