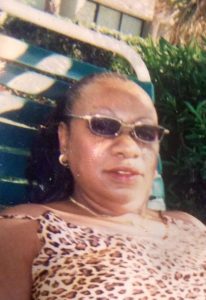 Virginia Ann McClain was born in Taylorsville on June 4, 1955 to the late Kenneth Knox McClain and Jeanette McCombs McClain. She peacefully departed this life on the evening of Tuesday, January 26, 2021.

She was a member of the cheerleading squad while attending Alexander Central High School, where she graduated in 1974. She was a licensed cosmetologist for many years and was employed as a CNA I and a CNA II.

Virginia joined Mt. Carmel Baptist Church at an early age and enjoyed working in the church and singing in the chorus. She possessed a fiery and outspoken spirit and often spoke of God’s goodness.

Adams Funeral Home and Cremation Services is honored to be serving the family of Virginia Ann McClain.