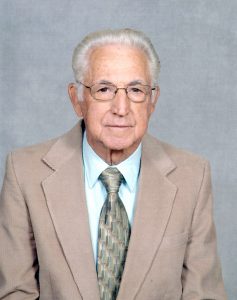 John “Mickey” Alfred Mayberry, 87, of Taylorsville, passed away Monday, February 1, 2021 after a short illness at Carolina Caring, in Catawba County.

He was born January 22, 1934 to the late Allie Clark and Vera Melissa Sharpe Mayberry. He graduated from Hiddenite High School in 1952. He was a veteran of the U.S. Army, and a member of First Baptist Church in Taylorsville, where he had served as a deacon. John retired at Duke Power after 31 years, and also worked as a beef cattle farmer for many years. He was a mechanic of all trades and enjoyed watching NASCAR.

Those preceding him in death, along with his parents, include a wife of 50 years, Margie Deane Russell Mayberry, and a brother-in-law, Carl Childers.

Those left to cherish the memories of John include two sons, Russell Mayberry of Stony Point, and John Mayberry (Sarah) of Taylorsville; a sister, Retha Childers of Hiddenite; a grandson, Jonathan Mayberry; two granddaughters, Taylor and Rebecca Mayberry; and special friend, Vivia Cline.

Memorials may be made to First Baptist Church, PO Box 305, Taylorsville, NC 28681, or to the organization of your choice.