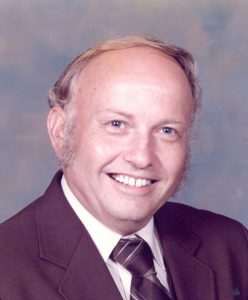 Rayford William Frye, 88, of Taylorsville, passed away on Tuesday, February 2, 2021 at his home.

Rayford was born June 29, 1932, in Alexander County, the son of the late Hayden Monroe Frye and Edna May Bowman Frye.

He worked in the furniture industry and was of the Baptist faith. He enjoyed rock collecting and loved his old Ford truck. He was a hard worker and enjoyed working his garden.

Including his parents, he was preceded in death by his daughter, Sandra Frye Taylor; his sisters, Irene Alspaugh and Marie Preslar; and his brothers, Paul Frye and Dalton Frye.

Those left to cherish and honor his memory include his wife, Phyllis Billing Frye of the home; his daughter, Jewell Frye Steele (David) of Taylorsville; his son, Billy Frye (Lisa) of Conover; five grandchildren; eight great-grandchildren; a great-great-grandchild; and his sister, Brenda Frye Bolick (Billy) of the Bethlehem Community.

The funeral service will be held at 1 p.m., Saturday, February 6, 2021 at Adams Funeral Home Chapel. Pastor Joel Frye will officiate. Burial will follow in the Taylorsville City Cemetery. The body will lie-in-state from 10 a.m. until Noon prior to the service.

Memorials may be made to: Hospice and Palliative Care of Iredell County, 2347 Simonton Road, Statesville, NC 28625.

Adams Funeral Home and Cremation Services is honored to be serving the family of Rayford William Frye.