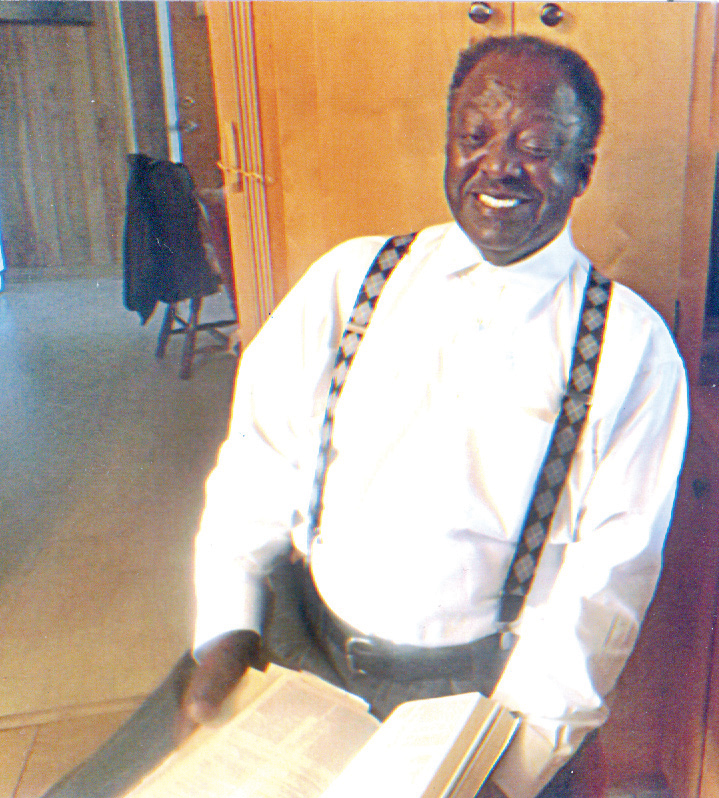 AT 85, NO PLANS TO RETIRE — Above, Taylorsville resident, Pastor James Millsaps, 85, is shown enjoying the Word from his Bible recently.

“I always wanted to preach when I was a young boy,” said Rev. James Millsaps.

Pastor Millsaps was born on January 31, 1936, in Alexander County. He is the son of Amos and Ruth Millsaps. Millsaps, raised on a farm, followed in his dad’s footsteps, who was also a preacher.

“Many, many times, I wanted to quit, but the fire in me kept me going,” said James.

Pastor Millsaps, age 85, who is believed to be the oldest black minister in Taylorsville, NC, feels that born again Christians made a good church. “Everyone is on one accord and working together.”

“I started preaching in 1962, in Alexander County, and have traveled other places like Virginia, where I also pastored, Texas, Hickory, Wilkes County, and I am now the Pastor at Knox Grove Baptist Church in Cleveland, NC, where I have pastored for 31 years this coming December. My role models were Minister Jessie Patterson and Pastor Bill Rowe,” said Pastor Millsaps.

While preaching, Pastor Millsaps had his own foundry business for eleven years. Due to the heavy lifting, he decided to give it up. James and wife, Rachel, who have been married for 61 years, are the parents of eight children. Four of the children are also in the ministry.

“My dad is a good man and a great preacher,” said his son, Ervin, who is also a pastor.

His son, Tuck, also a pastor, stated, “The Bible says like father like son, my dad has taught me to depend on myself to be able to fix things like he does. He is a wonerdful father,” said Tuck.

His wife, Rachel, stated, “My husband, James, is a man of God and tells it just like it is and I like it that way. I enjoy being a pastor’s wife and meeting people. Sometimes it has been tough and that makes you seek God more and he will always bring you through. Thank God for life and strength.”

“My favorite verse in the Bible is Matthew 11:3,” the pastor said.

Pastor Millsaps, when not taking care of his rental property, likes to go fishing and hunting.

As of right now, Pastor James Millsaps has no plans to retire. He states, “as long as God gives me strength, I plan to keep on preaching.”