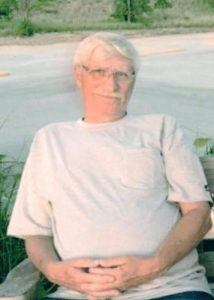 Gerald “Jerry” Eli Richards, 69, of Taylorsville, passed away on Thursday, February 4, 2021 at Iredell Hospital after a brief illness with Covid.

He was born on August 16, 1951, in Michigan, to the late Charles and Dorothy Knapp Richards. During his career, Jerry worked as a machinist for Clark Hurth in Buchanan, Michigan and followed the company to North Carolina.

He enjoyed wood working and could build anything. His passion was making cornhole boards and he loved to play, especially with the boys. It was an extreme competition between them all.

Jerry loved his family and enjoyed spending time with his grandchildren. He also enjoyed gardening, canning, coin collecting, and was a big NASCAR collector.

Along with his parents, he was preceded in death by his brothers, Pete Richards (Terry) and Charley Richards; sisters, Pat Kosch and Charlene Martin (Charley); and nieces, Renee Kosch and Jan Heiby.

A private memorial service to celebrate the life of Jerry will be held on Saturday, February 13, 2021, at 2:00 p.m., in the Chapel at Alexander Funeral Service with Rev. Paul Schronce officiating. Inurnment will be with the family.