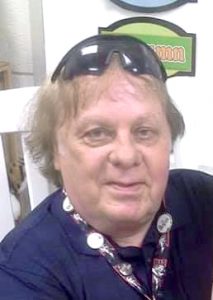 It was his express wish to be cremated and not have a formal service.

Mark was born in Hickory on August 12, 1948. He was the son of Rev. Cline W. Harbinson and Madeline Campbell Harbinson.

He attended St. Stephen’s Lutheran Day School, Bethlehem Elementary School, and was a 1966 graduate of Taylorsville High School. In high school, he was a member of the baseball and football teams. Mark was a graduate of Appalachian State University with a degree in sociology. He later achieved certification in the area of Montessori early childhood education.

Mark graduated from the Carolina School of Broadcasting and spent several years being a “disc jockey” on local stations. Later, he became an alcohol counselor at Foothills Mental Health in Taylorsville. Soon, though, he found his calling and spent the rest of his career as a teacher in the Exceptional Children’s program at Alexander Central High School teaching behaviorally challenged students.

From 1987-1991, Mark was elected twice and served two terms on the Taylorsville Town Council.

After his retirement from the school system, he spent most of his time following his beloved Los Angeles Dodgers, whom he saw win one more World Series just months before his passing. One of the greatest moments of his life came when he entered and won a contest to actually be a guest commentator at Dodger Stadium for one of their baseball games.

He was an avid follower of The Andy Griffith Show and could recite the dialogue of just about every episode — his favorite line being that of Ernest T. Bass, who once said, “How do you do, Mrs. Wiley.”

Mark was a “yellow dog” Democrat who would go toe to toe on Facebook with anyone who challenged his progressive beliefs. He was fortunate to live long enough to see the new Democratic administration inaugurated.

Mark was a “free spirit” who never met a stranger. He would literally give you the shirt off his back or the shorts he was always wearing (regardless of the time of year). You may not particularly want them, but he would give them to you anyway.

Preceding Mark’s passing were both of his parents and his brother, Phil Harbinson, and nephew, Josh Harbinson.

Since Mark was an outspoken advocate of wearing masks, practicing social distancing, and taking every precaution to prevent the spread of Covid during this pandemic, there will not be any kind of memorial service at this time. Hopefully, a gathering of his friends and family can take place later this summer around his birthday, August 12th.

Adams Funeral Home and Cremation Services is in charge of arrangements.

This was his choice of a Bible verse to be remembered by:
Revelation 14:13 13“And I heard a voice from heaven saying unto me, Write, Blessed are the dead which die in the LORD from henceforth: Yea, saith the Spirit, that they may rest from their labours; and their works do follow them.”