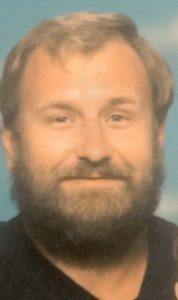 He was born November 14, 1960, in Baltimore, Maryland, to the late Raymond Morgan and Evelyn Lenora McDonald Morgan. Wazzy was a construction worker.

In addition to his parents, he was preceded in death by a brother, Jim Morgan, and a sister, Yvonne “Peanut” Morgan.

He is survived by a daughter, Drew Stansel of the home; two brothers, Michael Morgan and wife Carolyn, and Raymond Stacey Morgan Jr.; and two sisters, Lisa Morgan, and Tammy Mahala and husband Mark, all of Stony Point.

A memorial service will be conducted at 1:00 p.m., Saturday, February 20, 2021 at New Beginnings Christian Fellowship. Pastor Isaac Pettis will officiate.

Chapman Funeral Home is honored to be serving the family of Alvine Edward Morgan.