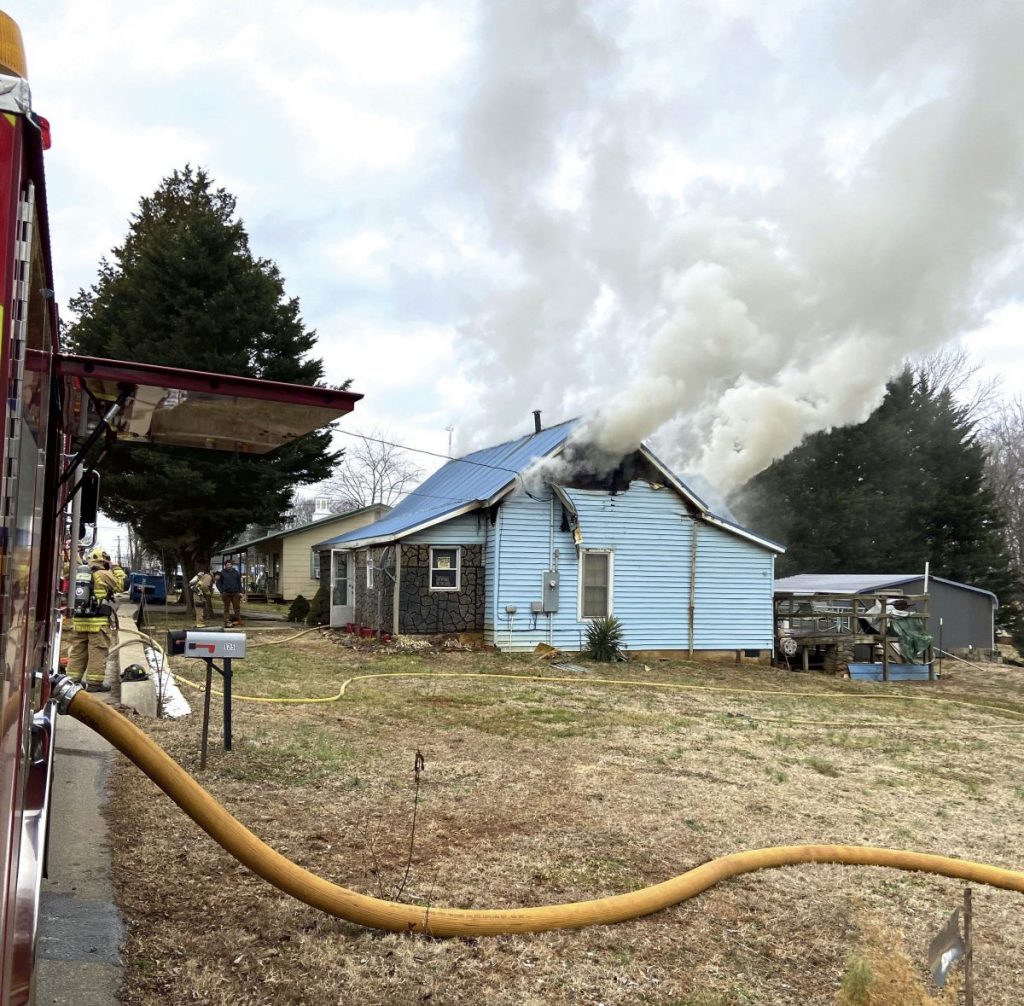 FIRE RUINS HOME IN TOWN — This home, located at 144 Fifth Avenue North in Taylorsville, was heavily damaged due to a chimney fire which spread into the attic on Monday, February 8, 2021. Three fire departments responded. Two occupants were displaced by the blaze. (Photo courtesy of Tim Keever.)

A midday fire ruined a home just north of the downtown Taylorsville area on Monday.

Central Alexander/Taylorsville Fire Department Chief Matt Jordan told The Times that two occupants were at home at the time of the fire, which began as a chimney fire and spread into the attic. Sugar Loaf and Hiddenite fire departments assisted the firefighting.

Damage was heavy throughout the home, Jordan said.

Thankfully, there were no injuries to the residents or the firefighters.

American Red Cross is reaching out to assist the displaced occupants. Jordan said the owner is listed as Tiffany Goodman.