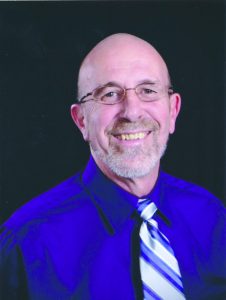 He was born October 9, 1952, in Iredell County, to the late Wilburn Lee Warren and Seba Sharpe Warren. He was a member of Millersville Baptist Church and a member of the Heritage Builders Sunday School Class. Richard retired from Craftermaster Furniture after 44 years.

He is survived by his wife, Debbie Warren of the home; two daughters, Christy Warren Haskell and husband Robert, and Kita Mahaffey, all of Stony Point; a brother, Donald Warren and wife Sandra of Charlotte; a sister, Susie Warren of Taylorsville; two grandchildren, Chelsey Lippard and Brianna Lippard; a step-grandson, Dylan Haskell; and a number of special nieces and nephews.

Funeral services will be conducted at 2:00 p.m., Saturday, February 13, 2021 at Millersville Baptist Church. Rev. Bill Orren and Rev. Brian Kerley will officiate. Burial will follow at the church cemetery. The body will lie- in-state Saturday, 11:00 a.m. – 1:30 p.m., prior to the service at the church. There be no formal visitation.

We ask that all CDC guidelines are followed.