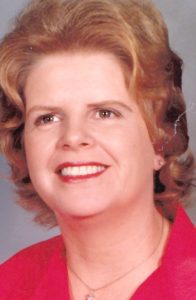 She was born to the late Cameron “Cam” and Rhoda Anderson Hayes on March 22, 1945. She attended several churches including St. John Baptist Church, Mt. Olive Baptist Church, and Little River Baptist Church. During her working career, she spent many years at Schneider Mills and Joan Fabrics as a weaver. In her free time, she enjoyed sewing, cooking, and gardening. Her grandchildren were her pride and joy.

Along with her parents, she was preceded in death by a sister, Linda DeCoteau.

In lieu of flowers, memorials may be made to Caldwell Hospice and Palliative Care at 526 Pine Mountain Road, Hudson, NC 28638.