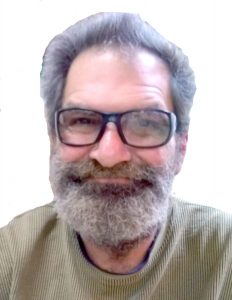 Jeffrey Coleman Parsons, 54, of Taylorsville, passed away at his home on Thursday, February 18, 2021 following a brief illness.

Jeffrey was born on April 23, 1966, in Alexander County, the son of Judy Mecimore Roberts and the late Ronald Coleman Parsons.

He had worked for Matlock Used Cars & Parts and was of the Baptist faith. He enjoyed lawn mower racing and also mowing grass.
He was always willing to help other people.

In addition to his mother, those left to cherish and honor his memory include his fiancée, Rose Coleman of Taylorsville; his daughter, Ashley Hall and fiancée Michelle Granados of Wittenburg; his granddaughter, Colbie Freeman; brother, Jonathan Roberts of Statesville; sister-in-law, Teresa White of Statesville; and aunt, June Johnson of Hiddenite.

Adams Funeral Home and Cremation Service is honored to be serving the family of Jeffrey Coleman Parsons.