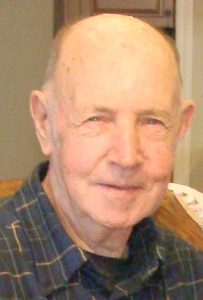 Billy Ray Meadows, of Hiddenite, went to be with his Heavenly Father on his 84th birthday at the Glenn A Kiser Hospice House in Salisbury.

Billy was born on February 19, 1937 to the late Royd Franklin Meadows and Ethel Sharpe Meadows. Billy served in the US Army from 1960-1962, during the Vietnam Era. He was retired from the NC Forest Service, where he served as Alexander County Ranger for 27 years.

Billy enjoyed singing gospel songs, whether it was in church or with various singing groups. He also enjoyed playing baseball, softball, hunting and fishing, and spending time with family.

Including his parents, Billy was preceded in death by his brothers, Bristol Meadows and Bobby Meadows; and his sisters, Mary Meadows Robertson and Martha Meadows.

Adams Funeral Home and Cremation Services is honored to be serving the family of Billy Ray Meadows.