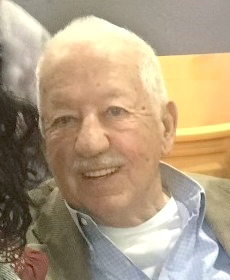 Ned Hugh Bowman, 75, of Bethlehem, passed away February 23, 2021 after a brief battle with cancer.

Ned was born March 3, 1945 to the late Hugh and Lucille Austin Bowman. During his working career, he worked as an upholster for many years, and, after retirement, he worked with his son at Bowman Tire and Auto. He enjoyed raising his garden and beef cattle. Ned liked watching NASCAR, enjoyed making rounds in the Bethlehem community to visit his friends and neighbors, and most of all enjoyed his grandchildren and great-grandson.

Ned will lie-in-state at Alexander Funeral Service Thursday, February 25, 2021 from 9 a.m. until 7 p.m. A graveside service will be held Friday, February 26, 2021, at 11 a.m., at Bethlehem Baptist Church Cemetery with Rev. Dean Chambers officiating.

In lieu of flowers, donations may be made to Bethlehem Baptist Church for the Capital Campaign at 7500 NC-127, Taylorsville, NC 28681.