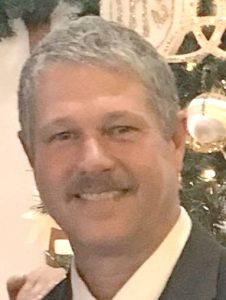 William James (Jimmy) Griffin, Jr., 59, of Bethlehem, passed away Wednesday, February 24, 2021 at his home after a brief battle with cancer.

Born December 28, 1961 in Toms River, New Jersey, he is the son of Linda Fox Harding and the late William James Griffin, Sr.

In addition to his father, he was preceded in death by his father-in-law, Norman Bowman.

A member of Mt. Bethel United Methodist Church, Jimmy graduated from Hickory High School in 1980. He had retired after 35 years from his business, Jim’s Maintenance, and still owned J.G. Properties.

He was a member of the Hickory Elks Lodge and enjoyed fishing, boating, camping, and going to the beach, but his main joy was spending time with his family and many friends.

A graveside service will be held Thursday, March 4, 2021, at 3:00 p.m., at Catawba Memorial Park with Pastor Neil Bowman and Pastor Dale Bost officiating.

Bass-Smith Funeral Home in Hickory is serving the Griffin Family and on-line condolences may be sent to www.bass-smithfuneralhome.com.