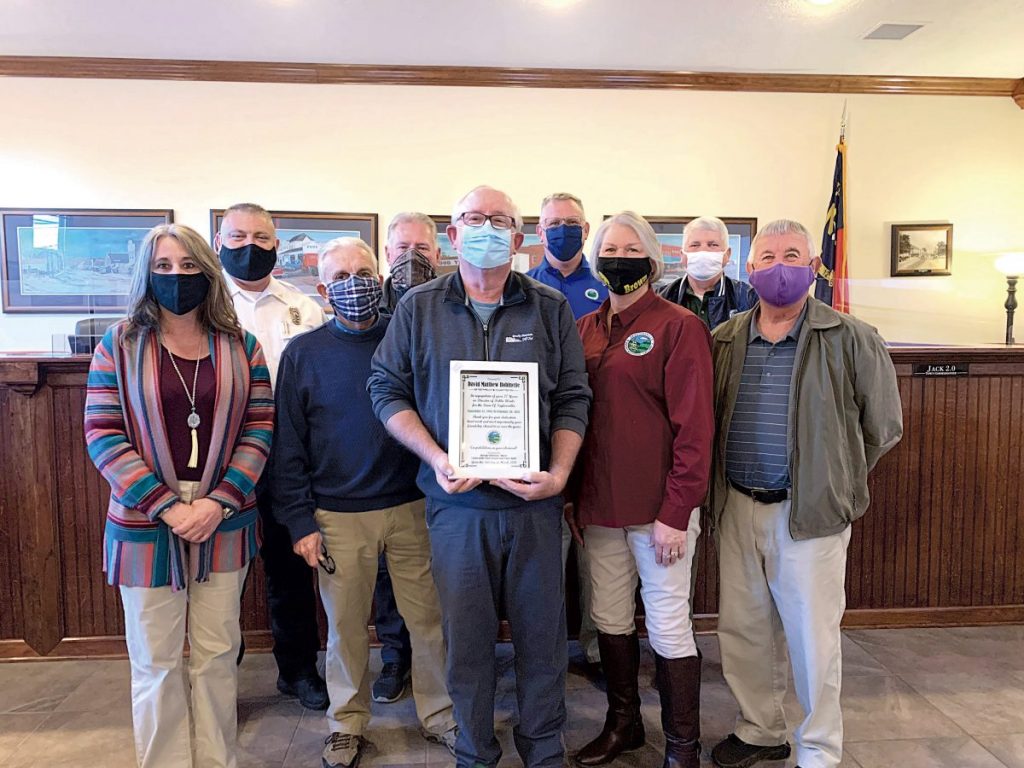 The Town of Taylorsville Board of Commissioners met for their regular scheduled meeting on Tuesday, March 2, 2021, at Town Hall. Councilman Jack Simms opened the meeting with prayer.

The Board approved to add to sixteen Panasonic laptop computers to the surplus list. These computers were previously in patrol cars before being replaced last month.

A contract for audit services for year ending June 31, 2021, with Martin Starnes and Associates in the amount of $28,000 was presented at the meeting. Mayor Holleman presented contracts from different companies for comparison. No discussion was had and the Martin Starnes contract was approved unanimously.

A Mayoral Proclamation was signed declaring the week of March 21 through March 27, 2021 Arbor Week.

The first of two public hearings was held regarding the change of salutation of Town of Taylorsville Commission to Town Council. No discussion was had. The second public hearing will be held on Tuesday, April 6, 2021.

Taylorsville Police Chief Douglas Bowman spoke about the outstanding level of commitment from Taylorsville Police officers. Bowman mentioned the hard work officers have put in so far this year with the handling of several high profile cases they have been involved in. Councilman Jack Simms noted the undue negativity surrounding police officers at this time and how more positivity should be shown to the officers daily.

The next meeting of the Town of Taylorsville Board of Commissioners will be held on Tuesday, April 6, 2021, at Town Hall at 5:30 p.m.